Alfred De Zayas, former Rapporteur Onu in Venezuela. "The use of mercenaries and para-militaries by the United States has a long and bloody history"

Alfred De Zayas has been a professor of international law in Geneva since 2007 and is the sole speaker of the UN Human Rights Council in Venezuela during the years of the Bolivarian Revolution. Let's go back to interview him as AntiDiplomatic in the light of the latest updates in the country of Latin America.

Professor, You made a petition in which you ask to the UN Secretary Antonio Guterres and the Commissioner for Human Rights Michelle Bachelet to visit Venezuela and take mediation actions for peace and dialogue in the country. What should the UN do at this stage?


The United Nations Secretary General has offered his good offices in mediation.  President Maduro has accepted, but there is no palpable progress. Meanwhile the High Commissioner Michelle Bachelet has accepted the invitiation by the Venezuelan Government to visit the country. This is not the first time that Venezuela reaches out to the United Nations.  It is crucial that Bachelet distance herself from the politicized reports of her predecessor Zeid Raad el Hussein, who motu proprio decided to write two reports on Venezuela, which systematically ignored most of the information received from the Venezuelan government and from Venezuelan ngo's like Fundalatin (consultative status), Grupo Sures, Red Nacional de Derechos Humanos.  The two Zeid reports are but political pamphlets that support exclusively the Venezuelan opposition and totally ignore the views of millions of Venezuelans who were and still are Chavistas.  Both reports ignored the fact that Venezuela was prepared to invite UN rapporteurs, that it invited three of us, and that I actually carried out my mission in November/December 2017 and came back with considerable success, having facilitated the release of 80 detainees and contributed to the intensification of cooperation with UN agencies such as FAO and UNIDO.  Bachelet should change her Venezuela desk in Geneva and not rely on precisely the same people who drafted reports that were not objective and contained fundamental methodological errors. Venezuela wants United Nations advisory services and technical assistance, it welcomes constructive criticism, but it understandably rejects efforts to weaponize human rights and use human rights arguments for purposes of undemocratic regime change.  Venezuela has presented dozens of reports to the UN Human Rights Committee, Committee on Economic, Social and Cultural Rights, the Committee Against Torture, etc., and has engaged with the Committee experts and implemented a number of their recommendations.  Similarly, when I was in Venezuela, I produced a confidential 6 page memo which I gave to Foreign Minister Arreaza , in which I formulated numerous recommendations, some of which were put into effect within weeks.  My report to the Human Rights Council also contains further recommendations, which are under review. The way forward is the Montevideo mechanism which has the support not only of Mexico and Uruguay, but also of many other Latin American and European countries, and by all people of good faith.  Pax optima rerum.


Bolton came to mention the “Monroe Doctrine” to explain the US approach against Venezuela. It is a clear insult to all the countries of Latin America, the Lima Group included. But does it have any reference to international law?

The "Monroe Doctrine" of 1823 is obsolete, incompatible with the UN Charter and OAS Charters, a vestige of imperialism and colonialism, and as such contrary to contemporary international law.


On the return to Venezuela on March 4, MP Guaidò was escorted by some European Ambassadors, Spain, France and Germany in particular. Is this a decision in line with the Vienna Convention and general international law?

Maduro would have been justified in declaring all these ambassadors persona non grata and inviting them to leave the country within 48 hours because of clear violations of customary international law, the Vienna Convention on Diplomatic Relations and the code of ethics of all diplomats, who cannot and must not engage in political activities in the countries where they serve in diplomatic capacity.  If the case came to the International Court of Justice, the actions of the European Ambassadors would be condemned.  Interference in the internal affairs of states is a violation of international law and of articles 1-2 of the UN Charter, which reaffirm the sovereign equality of States.


As international law professor, what is your answer to those who now invoke the notorious "responsibility to protect" on the case of Venezuela?

R2P is not international law, it is not even "hard law", it is a non-binding General Assembly Resolution, which is actually not compatible with GA Resolutions 2625 and 3314.  Most importantly, R2P cannot replace or amend UN Charter article 2(4) which prohibits not only the use of force, but also the threat of the use of force.  This prohibition of the use of force is peremptory international law, what we professors call ius cogens.  The US tried to use the "humanitarian intervention" argument in Nicaragua in the 1980s and the International Court of Justice rejected every US argument and condemned the US for its aggression in its 1986 judgment Nicaragua v. US


Professor, after 40 years teaching on the subject of human rights and as a UN expert, how do you judge the behavior of European delegations in the Geneva Human Rights Council?

A disgrace, a betrayal of the founding principles of the United Nations and of the European Union, an abandonment of religious values.  I knew the Commission of Human Rights, which did excellent work and adopted not only the Universal Declaration of Human Rights in 1948 but the International Covenant on Civil and Political Rights, the International Covenant on Economic, Social and Cultural Rights, the Convention against Torture etc. -- Alas, the European delegations have instrumentalized human rights only to attack political and economic adversaries, not with a vision of universal humanitarianism, not with a commitment to human dignity and international solidarity, but with a short-sighted view to advancing business-friendly human rights, such as the right to property, the "right" to invest, the "right" to make a profit.  Europe, like the US, has a culture of money, a culture of business.  Not only do they European delegations not support the right to development and the human right to peace -- they do everything in their power to sabotage these rights and any pertinent resolution.


In their speeches to the Security Council both Foreign Minister Arreaza and Ambassador Moncada denounced the February 23 attack by Colombia. They also denounced how the United States and its allies are arming irregular bands of mercenaries on the model of what happened in Syria. After the failure of Cucuta will this be the strategy against Venezuela?

The use of mercenaries and para-militaries by the United States has a long and bloody history -- not only in Colombia but also in Guatemala, Honduras, El Salvador etc.  The US misuse of "humanitarian assistance" as a cover for smuggling weapons and other non "humanitarian" items also has a long history in the Dominican Republic, Nicaragua and other Latin American countries.  That is why the Venezuelan government has rejected US aid as a Trojan horse.  But there is an additional reason to reject US aid.  The country that has frozen (essentially robbed) 30 billion dollars in Venezuelan assets in the US cannot buy itself out by offering a measly 20 million dollars worth in aid.  Moreover, how can a self-respecting people accept aid from its tormentor?  It is not possible to be a major cause of the economic crisis -- having imposed crippling sanctions, financial blockades and economic war -- and then mutating into a good Samaritan.  It is the pinnacle of cynicism and Machiavelism.  Unfortunately, however, the mainstream media has disseminated a completely distorted picture of the needs of the Venezuelan people and the "wickedness" of Maduro in not accepting US aid.  Why doesn't the press report that Venezuela has asked and received help from the United Nations, that it has asked and received help from China, India, Turkey, Cuba, Russia, that shipments of 933 ton, then 300 tons then another 7.5 tons in foods and medicines and medical supplies have arrived and been distributed over the past 3 weeks -- but that was humanitarian aid offered in good faith and without strings attached.  US aid is "fruit of the poison tree."


In the images of February 23, we saw that there were also a US marine who in the past had already played the role of "trainer" in other countries. In Syria fought terrorists and mercenaries from 89 countries. From which country do you believe those mercenaries denounced by Arreaza and Moncada will flow in particular?

US relies on mercenaries from many countries in Latin America -- there is little money in the US for better schools and health care -- but there is plenty of money for subversion and destabilization activities.  The budgets of the CIA and Pentagon are limitless and the US will also "private security companies" as cover for mercenary activities.


After several days mainstream media have not yet denied the fake news of "Maduro poisons the deputy in Colombia" and "Maduro burns the trucks of aid" despite factual evidence presented. How do you judge the role of the media in this whole affair?

The psychological war is sometimes more effective than any military adventure.  In one point Trump is right -- CNN is fake news, but also Fox, the New York Times, the Washington Post, the Wall Street Journal, etc.  Mainstream media in the US -- but also in UK, France, Spain, Germany serves its masters, the conglomerates and transnational corporations that own them.  I gave up hoping that the press would correct anything -- or itself.  The only option for us is to try to read as many sources of information -- also alternative media. Article 19 of the Covenant on Civil and Political Rights lays down not only the right to freedom of opinion, but also the right to access to information.  This right is being violated by the United States and many other countries, where access to information is frustrated not only by censorship but also by intimidation and the resulting self-censorship, by "hate speech" legislation that is being abused in a classical Orwellian fashion, and by the growing censorship of the internet, facebook and twitter. 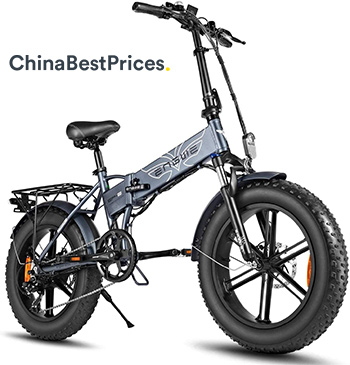